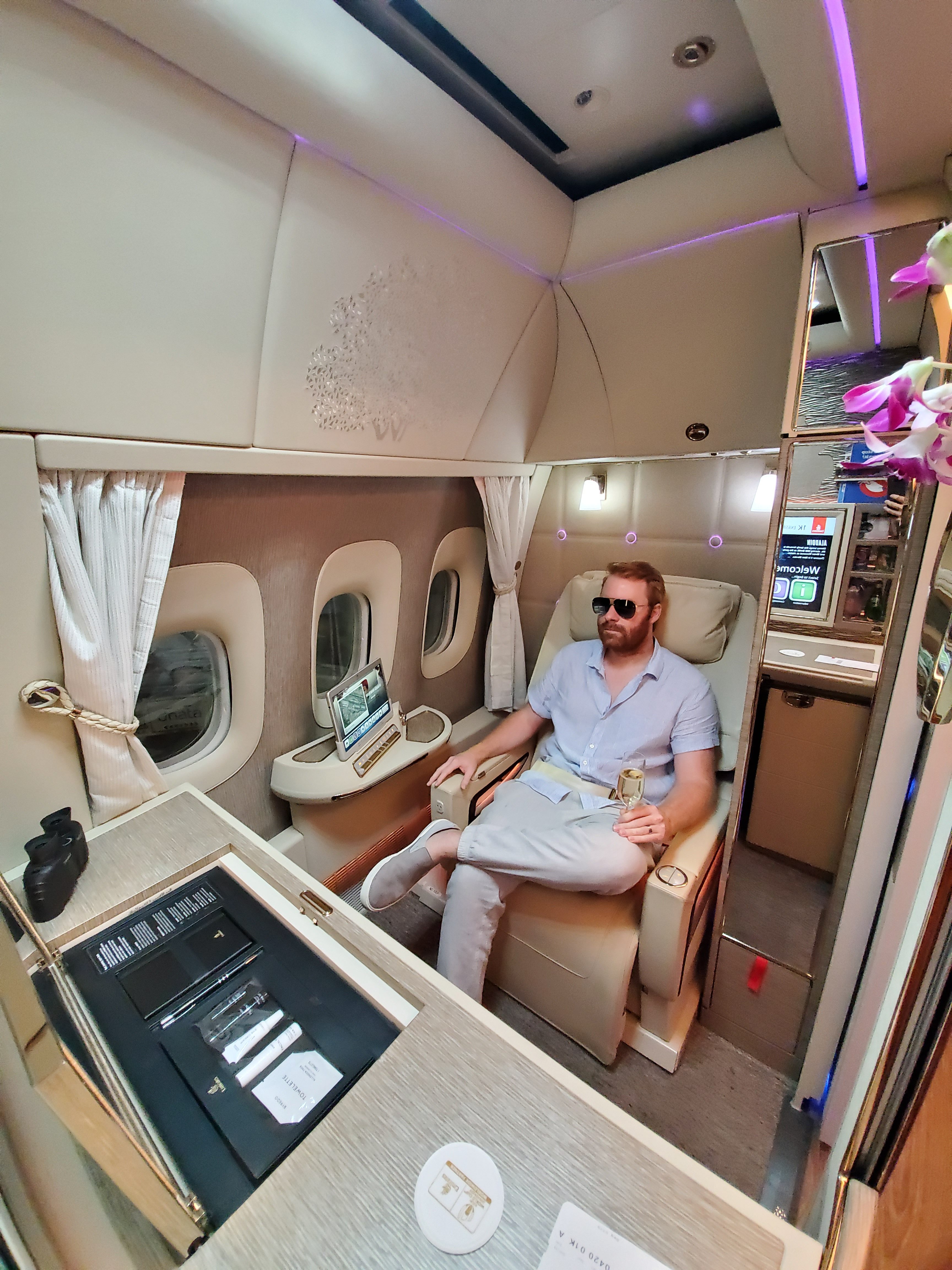 The Emirates Boeing 777 brand new First Class fully enclosed suites! Words can not describe how beautiful this aircraft is! It is truly one of a kind! Emirates has two different aircraft’s that offer first class, which include the Boeing 777 and The Airbus A380. Though the Airbus A380 has an on-board shower and an on-board Bar & lounge Area, the New Retro-Fitted Boeing 777 offers the worlds FIRST fully enclosed First Class Suite! Both have their pros and cons but in this post lets focus on the Boeing 777’s  brand new First Class Fully Enclosed Suites and how I redeemed this with points! 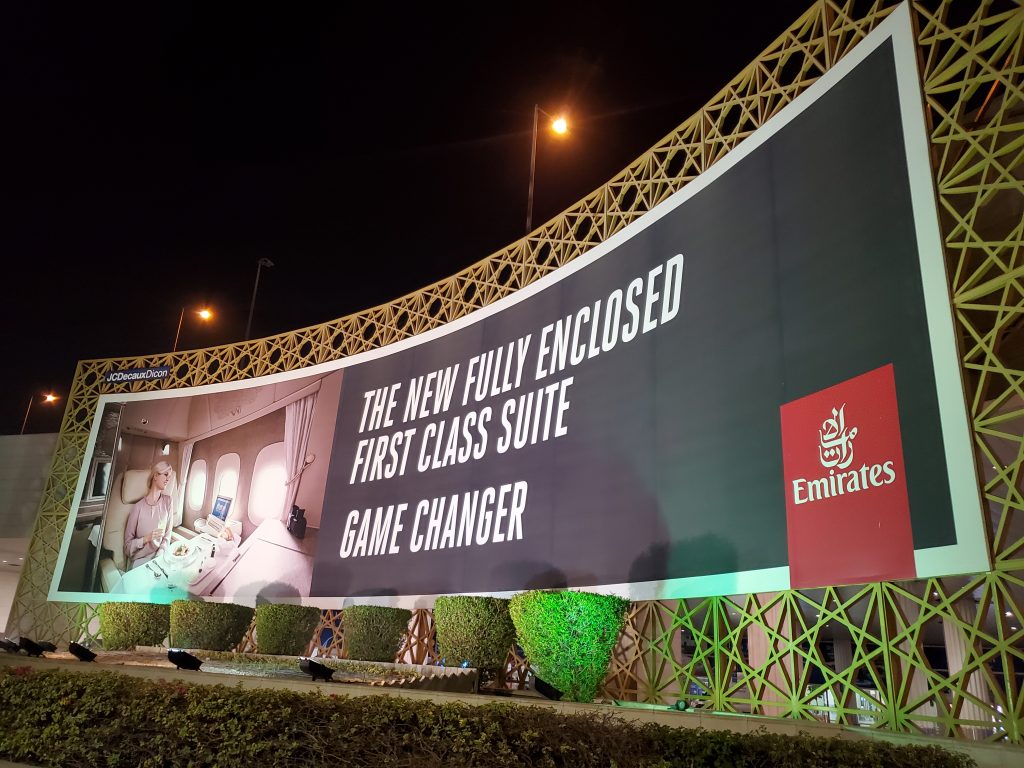 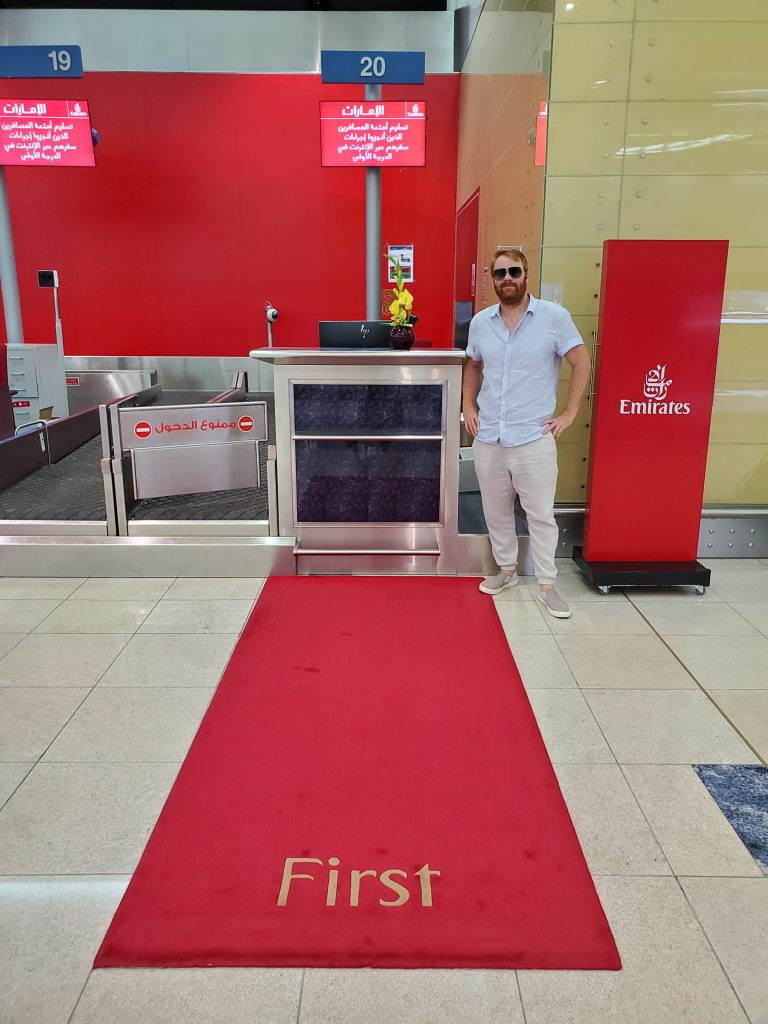 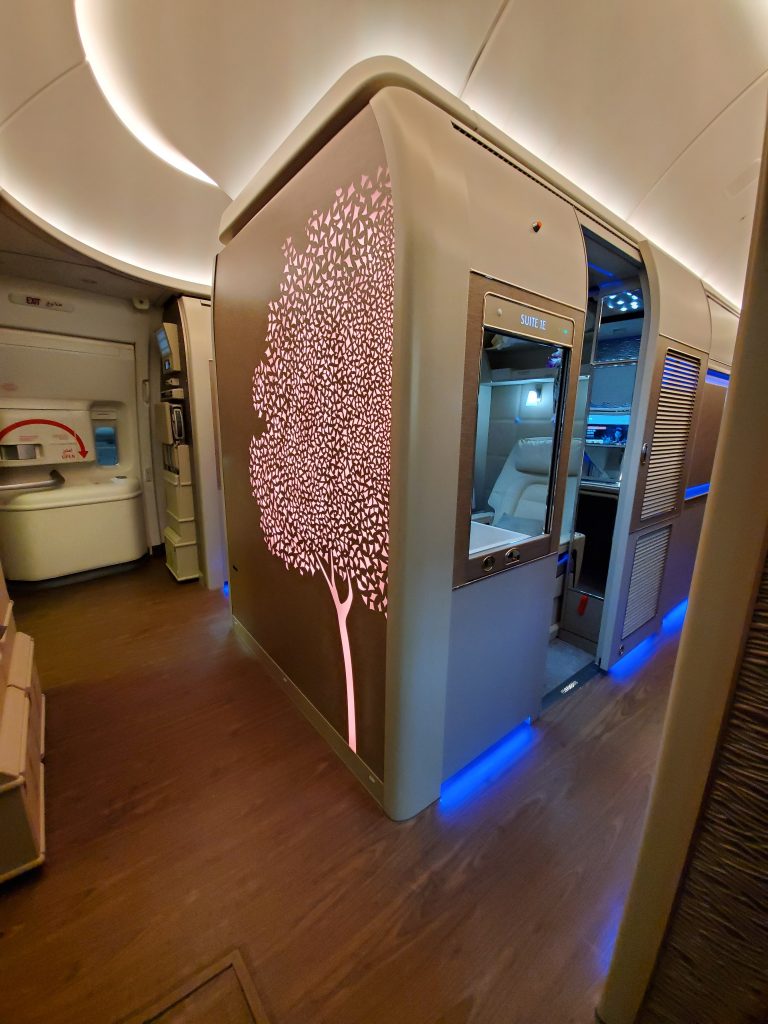 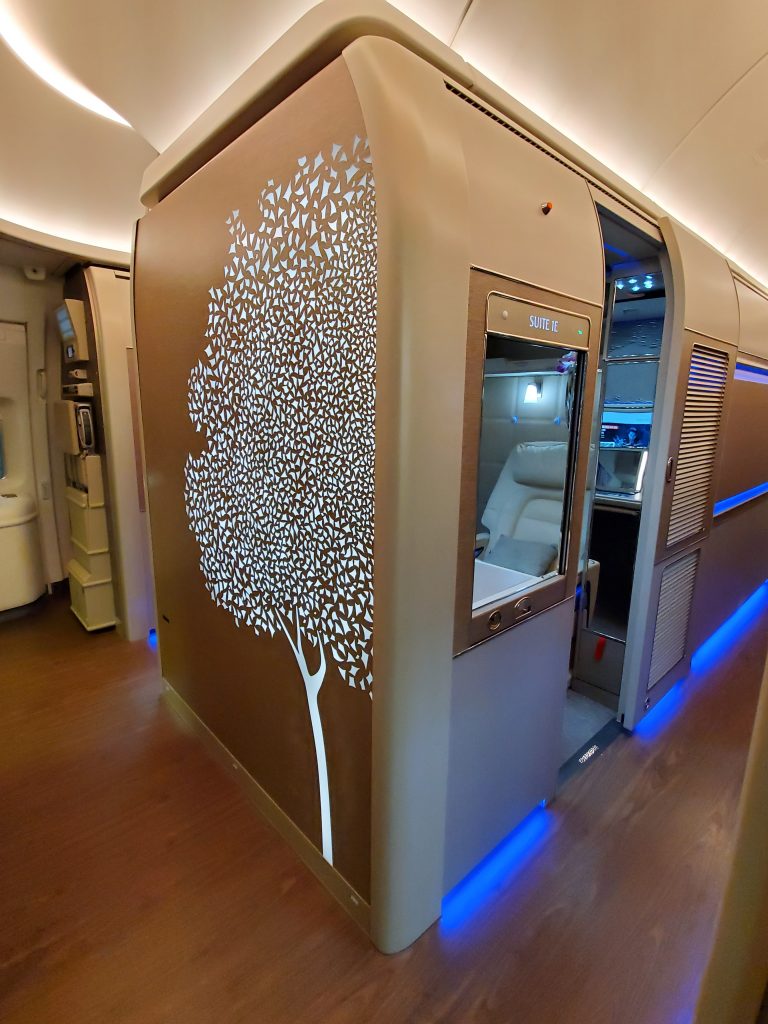 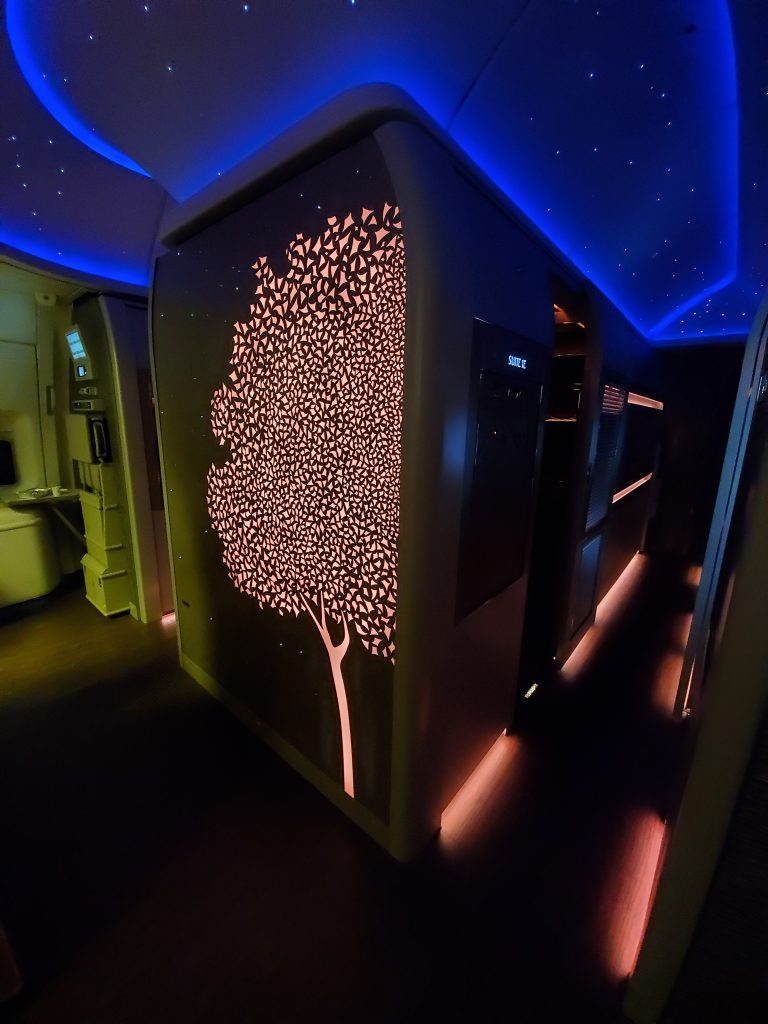 The Emirates First Class Game Changer Fully Enclosed Suites are out of this world. The Suites are so massive it feels like your in a hotel room!  The Boeing 777 Game Changers First Class consists of 5 Fully Private Enclosed Suites. Two of the five suites have the worlds first aircraft virtual windows. These virtual windows look incredibly real.  Additionally, every suite is equipped with an Ipad looking device that can control almost anything you want! It controls the windows shades, the massive television, setting the lights to your desired mood, or calling the Flight Attendant for some Dom Perignon…lets not forget about the big pours of Hennessy Paradis! 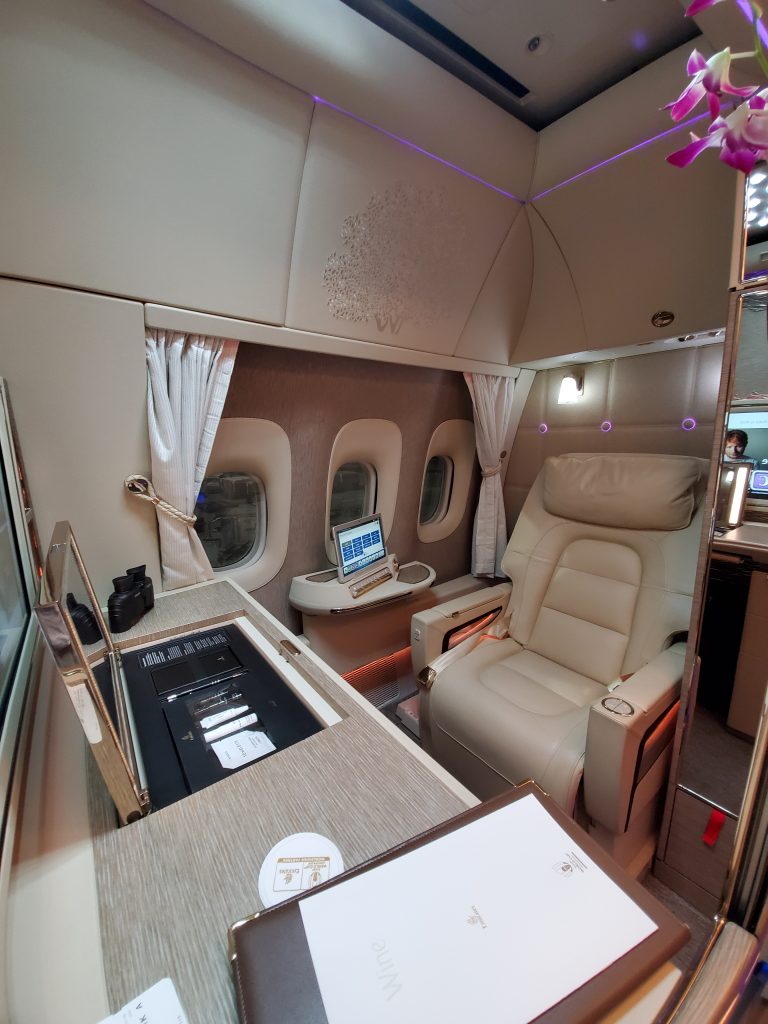 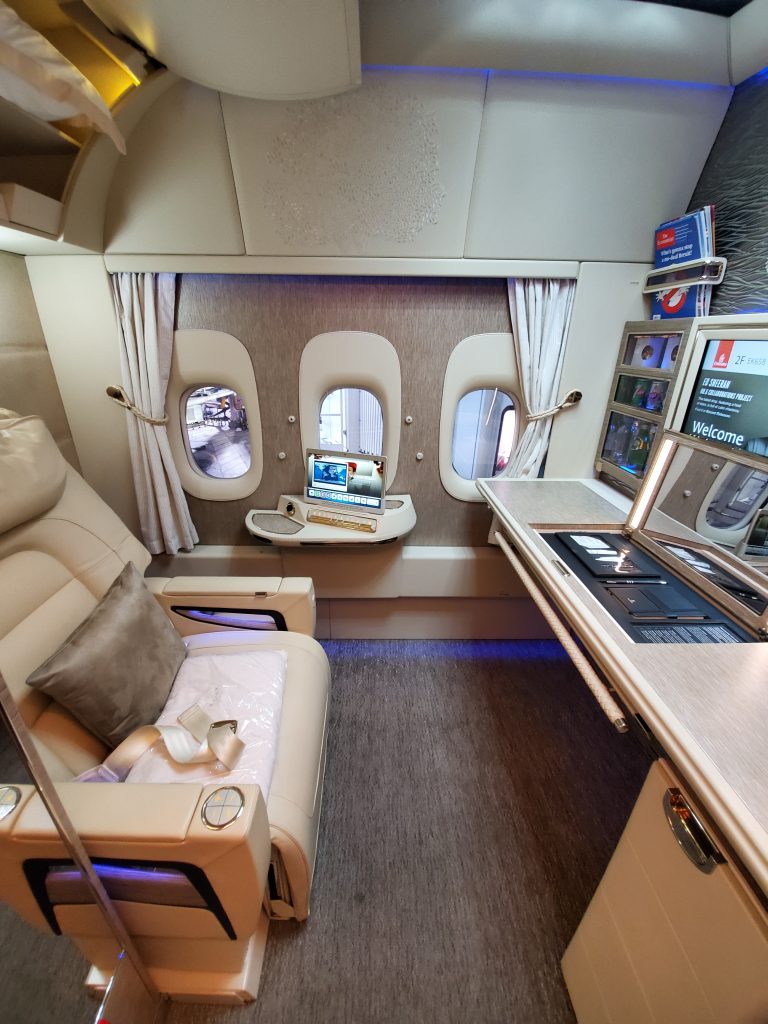 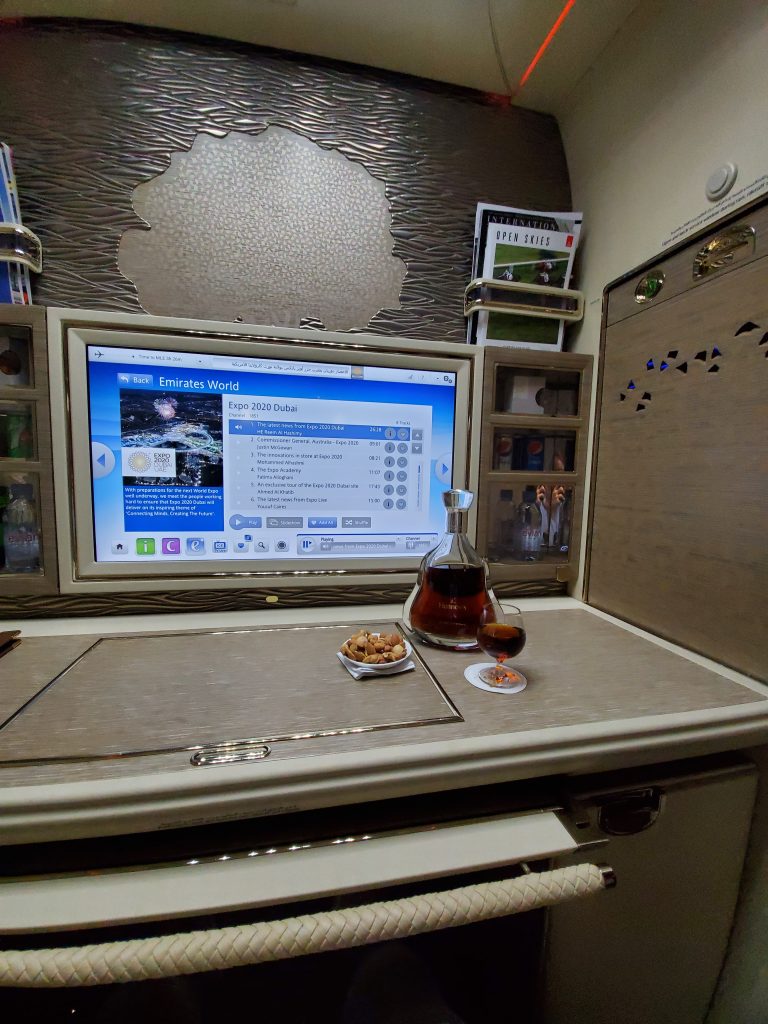 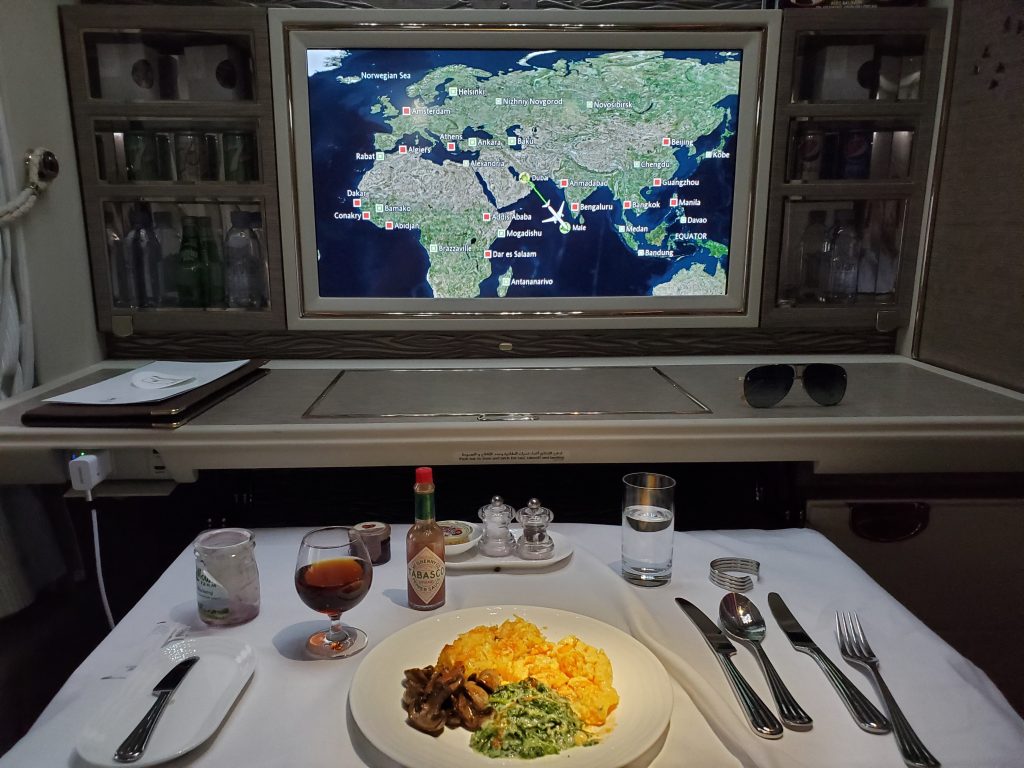 Emirates First Class Game Changer has The Worlds First Aircraft Virtual Windows which are located in the Middle Fully Enclosed Suites Only. (Pictures Below) 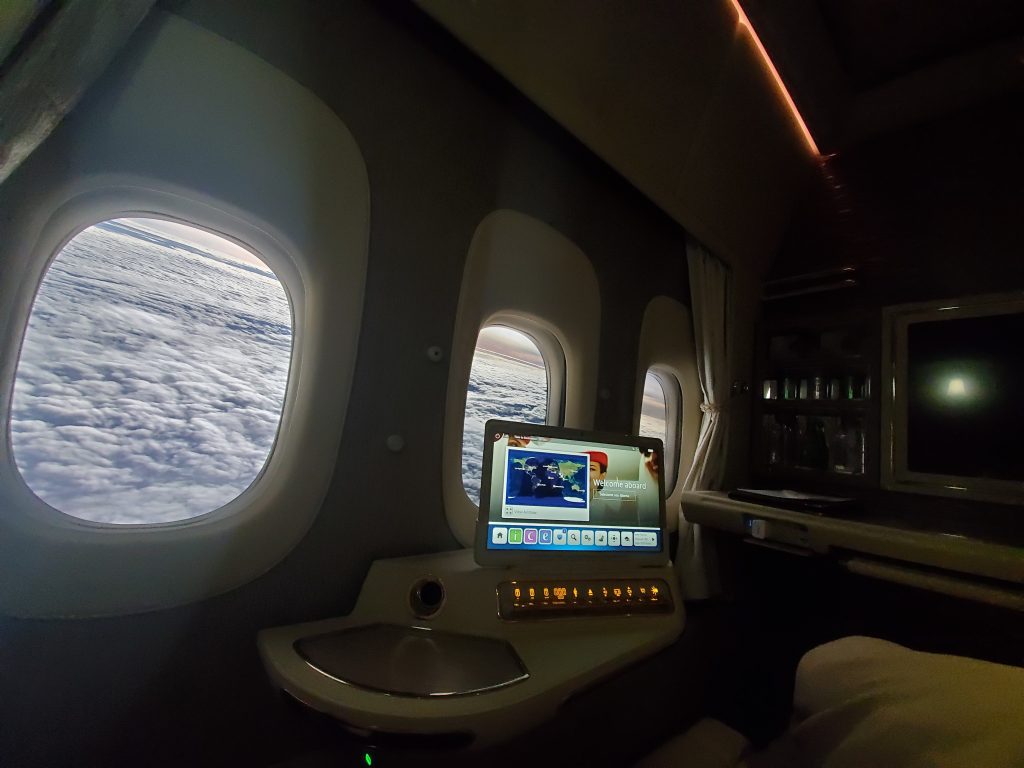 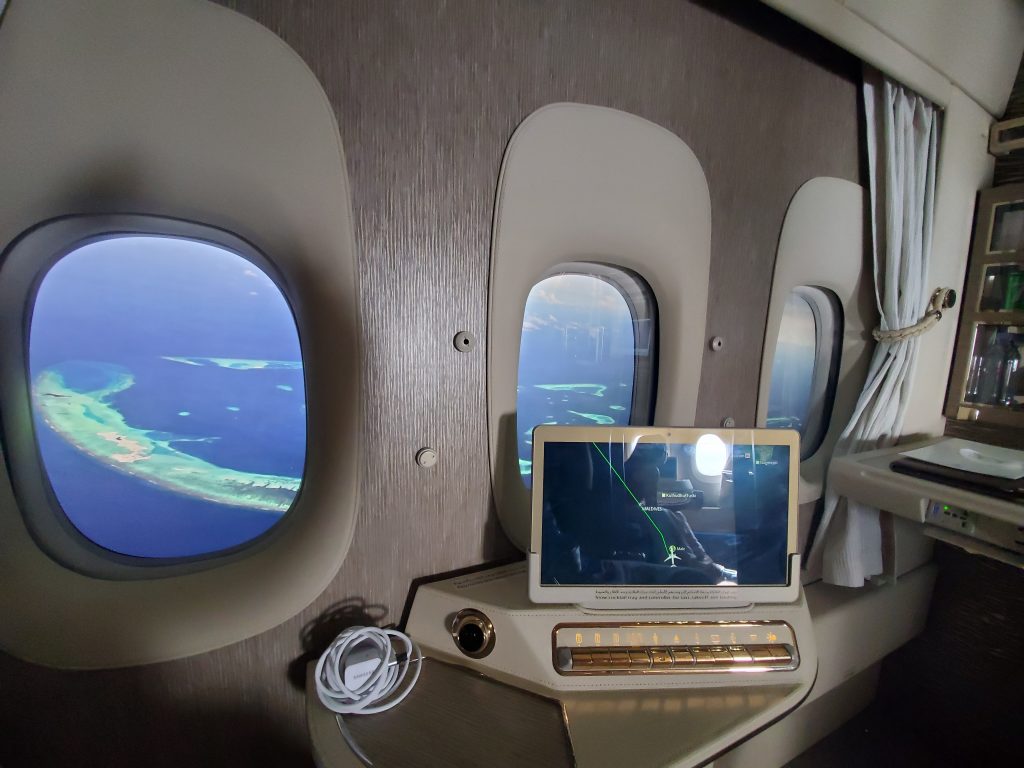 How Did I Redeem?

Citi, Amex, Capital One all Transfer to Qantas Club

If your looking to fly Emirates then your going to have to pay up whether that is using cash or points.  In most cases, using points will still require a hefty amount of taxes and fees when booking.  Their are a few different programs that allow you to book Emirates including there own; Emirates Skywards, Alaska Mileage, Japan Airlines Mileage, Korean Air, and Qantas Club. In this case I used Qantas Club. Recently American Express had a 20% transfer bonus to Qantas Club and on top of that, Qantas also had a promotion for a transfer bonus from American Express for an additional 20%. This had a big impact on why I decided to use Qantas Club. Now interestingly enough these transfer bonuses were NOT supposed to stack. Meaning, I should have only been able to redeem one the 20% bonuses when transferring points from American Express to Qantas Club. To my surprise, both transfer bonuses stacked on top of each other ending in a double dip! Incredible! See below.

As of September 18, 2019 Qantas Award Chart Has Been Changed (Devalued)

The flight I took from DXB-MLE is now 62,200 instead of 54,000. Qantas award chart is based off distance flown. For example, if you flew from Los Angeles, California to Sydney, Australia in First Class the total distance in miles would be 7,497 Miles which would cost you 162,800 Qantas Points in First Class.  See Chart Below. 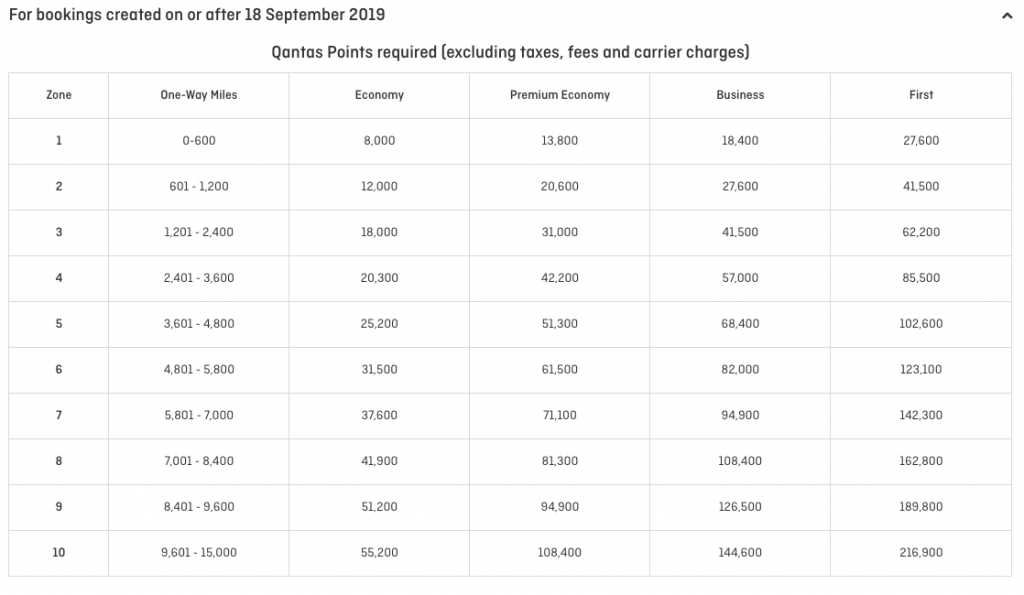 What routes does the Game Changer fly?

Google is your friend.

I also want to make sure I share this tip with you, ALWAYS check the seat map of your flight # and aircraft to ensure the flight is indeed the Emirates New First Class Game Changer. The old First Class seat map looks like this (pictured below). If you see this seat map with 6 Seats this is NOT THE FIRST CLASS GAME CHANGER. 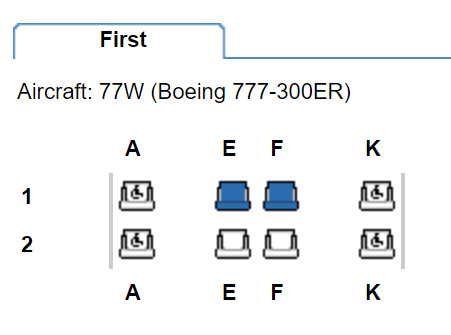 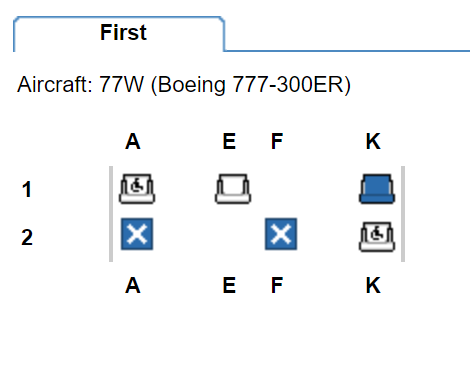 To find a seat map, create an account at www.expertflyer.com